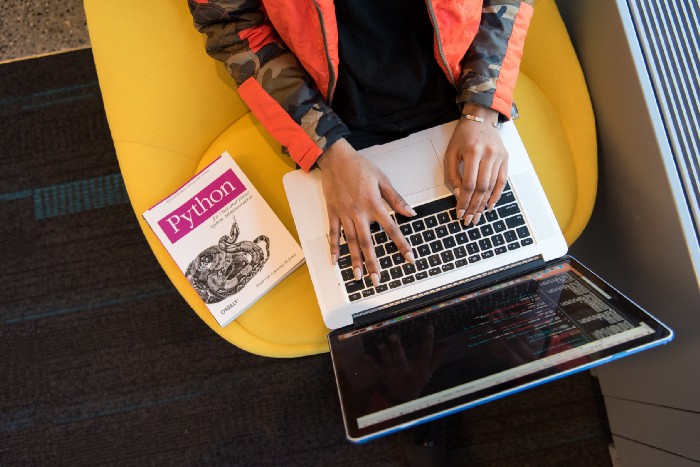 Women pioneered programming, so what happened?

In the first few decades of computing, women played a very prominent role in programming. In 1944, while men built the hardware for the first general-purpose computer known as ENIAC, a group of six female mathematicians were the ones programming it. It was a woman, Grace Hopper, who built the first compiler — essential to modern programming. It was again a woman, Margaret Hamilton, who built the onboard flight software for the Apollo mission computers, and more women who hardwired the code with copper wire and magnetic rings, making it possible for men to land on the moon. Women would help develop BASIC and many other major languages, early versions of the internet and even the icons used in the first Apple graphical user interface.

When it comes to technical skills, women have clearly proven themselves to be just as or even more capable than men. But even though women have been so instrumental in computer science, they’ve mostly disappeared from the field, much like their presence in history books. For example, though women make up 50% of the university-educated workforce in the United States, they only represent 28% of the science and engineering workforce. So how did programming go from being “women’s work” in the 1940s to a field that is today largely dominated by men?

The answer has to do with the advent of the Personal Computer. In the 1980s, when it started to become a more realistic and affordable possibility for American families to have a PC in their home, marketers jumped on the opportunity to sell them — to men and boys. There were ads featuring (white) boys using PCs to play games, do their homework, or even get ahead in life. The narrative around computers became centred on boys, even in the movies. By the 1990s, parents were less likely to buy a computer for their daughter than for their son, even if their daughter was really interested in computers, and if they were buying it for the family, it often ended up in the son’s bedroom.

The impact of this cultural shift would be immense, extending to the way computer science classes are taught. In the 1970s, men and women who entered computer science were pretty much on equal footing — the professor assumed they knew very little about computers or coding, because nobody at the time had the means to have a giant (and expensive) computer at home. But by the 1990s, those boys who did have the opportunity to “play” around with a PC at home — whether through video games or actual coding — entered computer science with a head start. And by the same token, many professors started teaching introductory courses with the assumption that everyone there had some previous coding experience. For girls and women (and many black and Latino men as well), computer science classes have now become, however inadvertently, designed for them to fail. They are missing the 10 or so years of coding experience they are assumed to have when they start their first course. Ultimately, this is a huge barrier that makes it difficult for women to continue pursuing computer science.

As men have become more dominant in the programming world, prejudices against women in coding have increased as well. If you’re a developer today and you’re lucky enough to have at least one woman on your team, take some time to observe the team’s interactions. When a woman on your team makes a mistake, are her abilities immediately called into question? When a woman has ideas, is she seen as too controlling, or trying to take over the team? And when a man does these things, is he just normal? It’s no secret that prejudices against women have become deeply ingrained in tech culture. Remember the Google employee in 2017 who wrote the infamous memo arguing that biological differences make women unsuited to work at Google? He may have been the only one fired, but he certainly wasn’t alone in that thinking.

How you can help create inclusive workplaces

Ok, so if you’re reading things and you’re thinking “Hey, I’m not one of those guys, I consider women as equals,” that’s great and we applaud you for being awesome. But there’s more work to do! Have you stopped to think about simple things at your job that might leave the women on your team (if any) feeling excluded? If you’re like many tech teams, you probably go out after work together to have a beer and watch a sports game. Or when a woman is around, the conversation between male coworkers becomes silent or markedly different — you know, shifting away from “locker-room” talk. Or maybe your company encourages its programmers to work excessive or late hours that would make life for, say, a single parent or a main caregiver at home completely impossible.

Addressing issues like these requires change from within — specifically, from the men in the group whose voices do get heard. We understand it’s hard to always stick your neck out for the underdog. But until you do, women will largely be excluded from the workplace, because they will be trying to work in an atmosphere where they are, in the best-case scenario, merely an afterthought. How can you create a more friendly (and inclusive) atmosphere for women in computer science and programming?

In the early days of computing, women faced adversity but they persisted and pioneered the field of programming. Today, they are largely left out of history and jobs. We need to be doing more to create a more inclusive workplace where women feel respected, safe and valued. The change needs to start from within, and that means with men. Are you up to the task?