post-title Sikilabs - Why broadband internet is a big deal | Blog 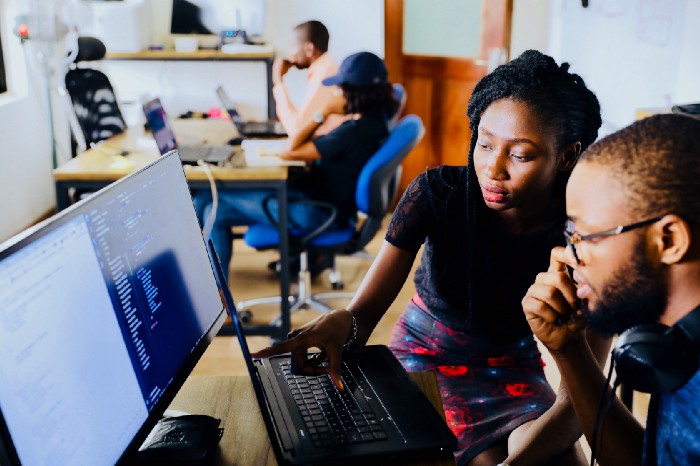 Why broadband internet is a big deal

If knowledge is power, the internet brings power to the oppressed.

Recently we’ve been hearing a lot about internet connectivity in the news, with stories about the arrest of Huawei CFO Meng Wanzhou and debates in many Western countries over national security and who should be allowed to build the 5G networks. If you were lucky enough to grow up with internet access at home, all this talk about the shift to 5G probably feels, at most, as exciting as an upgrade to the next-generation iPhone. But for people who don’t have broadband access — including more than 42 million Americans and almost 60% of Canadians in rural communities — gaining fast, reliable access to the internet can literally change everything. Why is the internet so important?

Before the internet, people needed access to books and universities to gain knowledge. For anyone, those books and tuition cost a lot of money, but for people in poorer places, the cost of going abroad to university could be prohibitive. With the arrival of the internet, people now had the option to go to an internet café and download books and content for a tiny fraction of the cost, which they could then study offline at home. And as the internet has developed, the barriers to education and training have been torn down, with more elaborate resources like Coursera offering free university-level courses, to the most basic of resources like Youtube where anyone can share their knowledge with anyone in the world. Essentially, the internet helps level the playing field for people in the world’s poorer places, giving them access to the same knowledge as people in more privileged regions (barring any government censorship of the internet, of course).

If knowledge is power, then the internet brings power to the oppressed. We’ve all learned in school that history is written by the winners. Many of us also learned in school that when Europeans began the Atlantic slave trade, all they had to do was put shiny objects and mirrors in front of Africans to tempt them into slavery. Think about that for a second. Even though that part of history is long over, the “winners” are still writing the textbooks. So many of us, whether we grow up in North America or Africa, are still led to believe centuries later that enslaved Africans were barbaric fools.

The power of the internet is the that of circumventing traditional gatekeepers and giving the masses access to the truth: that West Africa and the Sahara were equally or even more advanced than European civilizations before the slave trade began; that the richest man on earth ever was Mansa Musa, the emperor of Mali; that some of the biggest libraries in the world were in Timbuktu, and that scholars came there to study; that the much-celebrated ancient Egyptians were actually Black, as researched by the Senegalese Cheikh Anta Diop. Imagine you were taught that your ancestors were inferior people, and then one day you gain access to this new knowledge that indicates quite the opposite. Can you imagine what kind of effect this would have on your sense of value, of what you might accomplish in this world?

The internet changes everything because people have better access to information. This is especially important in places where information is more often suppressed, for example Africa and the Middle East, because with the internet people can learn more about what’s going on in their own countries and neighbouring countries. A prime example of this is the Arab Spring — what started as one street vendor setting himself on fire as a protest against Tunisian authoritarianism quickly inspired a series of protests in Morocco, Syria, Libya, Egypt and Bahrain. Young people saw on social media that their peers in neighbouring countries were not only attempting but succeeding at pushing for democracy, which gave them more courage to do the same.

Sometimes it’s not just about the oppressed getting knowledge, but about the oppressed spreading truth that would otherwise be ignored by mass media. You don’t have to look outside of North America to see how this applies. Just think about Standing Rock and the struggle to block the Dakota Access Pipeline from crossing the Sioux Tribe Reservation. If it weren’t for social media and the ability for anyone to broadcast their own stories in writing and video, the pipeline protests at Standing Rock would have never galvanized Americans.

The same goes for many other Indigenous peoples, like the Wet’suwet’en solidarity protests that are currently blocking railways and intersections across Canada. The internet has played a key role not in only organizing or inspiring these spontaneous protests, but also in giving Wet’suwet’en people a platform to share their version of history (the one that’s not written by the winners), alert the public about their current standoff with the police (which no major media outlet even cared to cover at first) and ultimately shape their own narrative. The internet gives the oppressed the opportunity to inform and win over supporters in ways and numbers that would have previously been impossible, meaning traditional channels can no longer ignore them, and people in positions of authority will be held to account.

We could go on and on about the social movements that have been made possible by access to the internet, like in Senegal, the Congo and Burkina Faso, but also New Zealand, Britain and elsewhere across the globe. And to be sure, the internet can be a double-edged sword — consider, for example the spread of fake news, the enormous privacy issues that can occur, the tracking that it enables governments to perform, major internet scams, and so on. But if you think about it, these problems have always existed, just not in digital form. The difference is that with the knowledge that can be shared instantly across the internet, for the first time, oppressed people are no longer as easy to ignore, deceive or leave behind. The internet empowers people to rise up, create a more just society and build a better life for themselves. This why it matters that people all over have access to broadband internet.